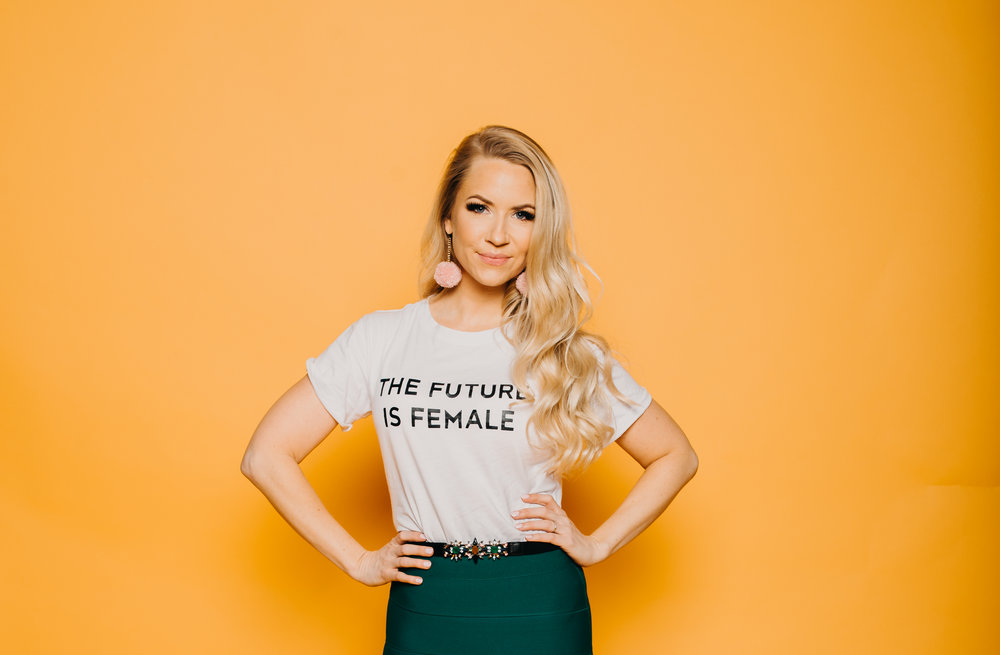 She has been a finalist on CMT’s Next Big Comic, and tours clubs and colleges throughout the country. She has performed at the prestigious Limestone Comedy Festival, San Francisco Sketchfest, Laughing Skull Comedy Festival and The Lucielle Ball Comedy Festival. She is featured on the CD from Lucyfest called “Live From Jamestown”.

Kelly toured with The Nobodies of Comedy, a national theatre tour of comedians you should know. She has opened for many comics for their albums including Ben Moore, Andy Woodhull and Rachel Feinstein. She is set to record her own album in the fall of 2018.

Kelly is also a featured emcee and storyteller. She has emceed for the Cincinnati Reds and has been a storyteller for “Cincy Storytellers” where you can hear her story on Soundcloud. She also produces a monthly standup storytelling show called “Truth Serum”.

Kelly’s writing has been published for Bust Magazine and in 2016 she wrote, produced and directed a parody play called “Reservoir Dames”. This all-female adaptation of “Reservoir Dogs” sold out and gained national attention.

Find More about Kelly below: